The next challenge: 5G, enforced vaccination and other COVID hoaxes

One in five believe the idea COVID-19 was engineered in a lab in Wuhan is a “reliable” claim, according to a new University of Cambridge survey on misinformation. Researchers found that certain conspiracy theories were accepted by a significant proportion of respondents, including 13% who think the pandemic was a part of a plot to enforce global vaccination, and 8% who blame 5G mobile phone signals for the spread of the virus.

The study also found that people who believe conspiracy theories are much less likely to say they will get vaccinated, or comply with public health guidance measures. Researchers recommended that the Government and technology companies should explore ways to increase digital media literacy in the population, as otherwise, “developing a working vaccine might not be enough”.

This comes as the Government has agreed with social media platforms new measures to limit the spread of vaccine disinformation and help people find the information they need about any COVID-19 vaccine.

The Spectator magazine has enjoyed an 8% increase in turnover, according to its full-year accounts, despite the impact of the COVID-19 pandemic. The magazine, owned by the Barclay brothers and led by chairman Andrew Neil, reported a 20% drop in newsstand sales and 40% fall in advertising sales this year. But a 30% rise in subscriptions has compensated for this loss of turnover, helping to maintain the company’s profitability. The title recently expanded into the US, as well as announcing alongside The Telegraph in June that it would be returning furlough money to the Government after subscriptions helped both publications perform better financially during lockdown than they had forecasted.

They’re not the only ones – Bloomberg has reportedly had an impressive year by more than doubling the number of subscribers to its news website to 250,000, 40% of which are outside the US. And one to watch – the broadcaster has also this week launched a new 24/7 streaming news channel operating under its new Quicktake brand. The channel will feature ten original series and four live daily news shows covering global stories across business, technology, politics and culture. The network launches globally on major streaming platforms including Apple TV, Roku, Android TV, Samsung Smart TV and Amazon Fire TV, through a newly designed Bloomberg App.

Trade publication Press Gazette asks whether a subscription-style model could be what saves the newspaper industry, just as Spotify saved the music industry from online pirating in 2009.

Public service broadcasters – do we even need them at all?

The Culture Secretary has announced a new panel of experts to assess the future of public service broadcasting, suggesting there’s a genuine debate over whether “we need them at all”. Oliver Dowden MP said the panel of 10 broadcasting, journalism and technology leaders will not be “tiptoeing around the edges” but rather “drilling right down into the current system and how it operates.” They are expected to look at whether broadcasters such as Channel 4 should continue to receive special privileges and prominence on channel menus by virtue of their status.

Meanwhile, the Government has launched negotiations to decide how much the TV licence fee will cost between 2022 and 2027, as Dowden said there are a “growing number of questions” about whether the BBC is delivering value for money and upholding its reputation for impartiality.

Sally Wardle has left her position as Associate Health Editor at The Daily Mail to go freelance.

Olivia Utley is leaving The Sun to join The Telegraph as Assistant Comment Editor.

James Besenvalle has been appointed as a Reporter for Metro Opinion at Metro UK.

Josh Barro has been appointed Columnist at Business Insider covering politics, business and the economy.

Anila Dhami has joined Sunrise Radio to present ‘Anila Dhami on Sundays’, a new call-in current affairs show, which started this month. She has been a Freelance Presenter for Channel Five News, BBC, ITV and The Telegraph. 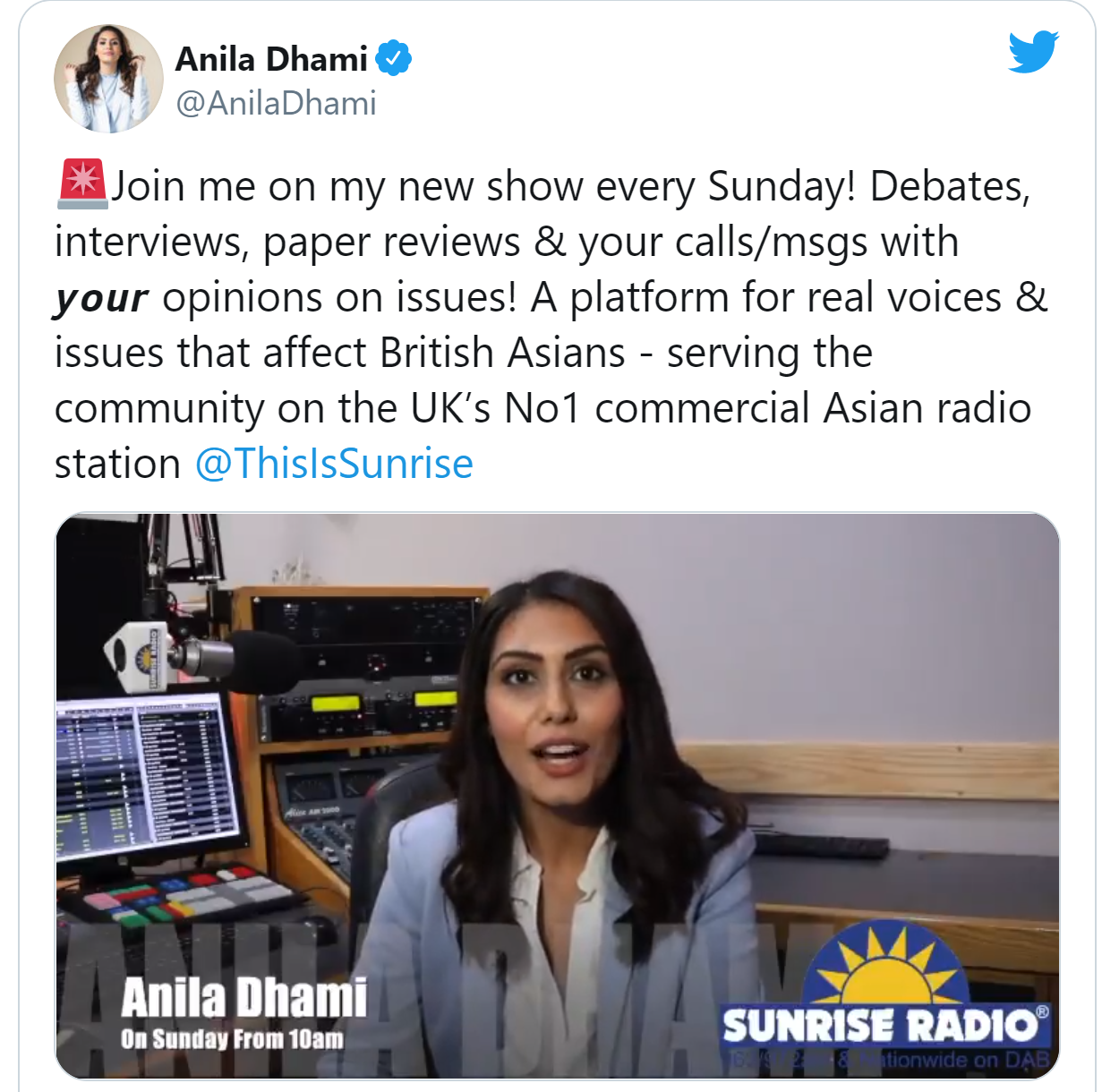