Facebook News has launched in the UK this week, marking a step change in the social media giant’s relationship with publishers as it finally agrees to pay UK publishers directly for their content. The UK is now the second market to welcome Facebook News, which launched in the US last year. Several major news publishers, including Channel 4 News, The Daily Mail, Financial Times, The Economist, Sky News and The Telegraph have signed deals with Facebook to provide content on the platform. Partner publications will now be paid a flat fee for their content to appear in the “News” tab, a section which is separate from the traditional, but confusingly named “News Feed” tab, which is for family and friends’ news. News UK titles were notably absent from the launch announcement. Facebook News stands in contrast to the previews available in Google Search which currently does not share its revenues with publishers. 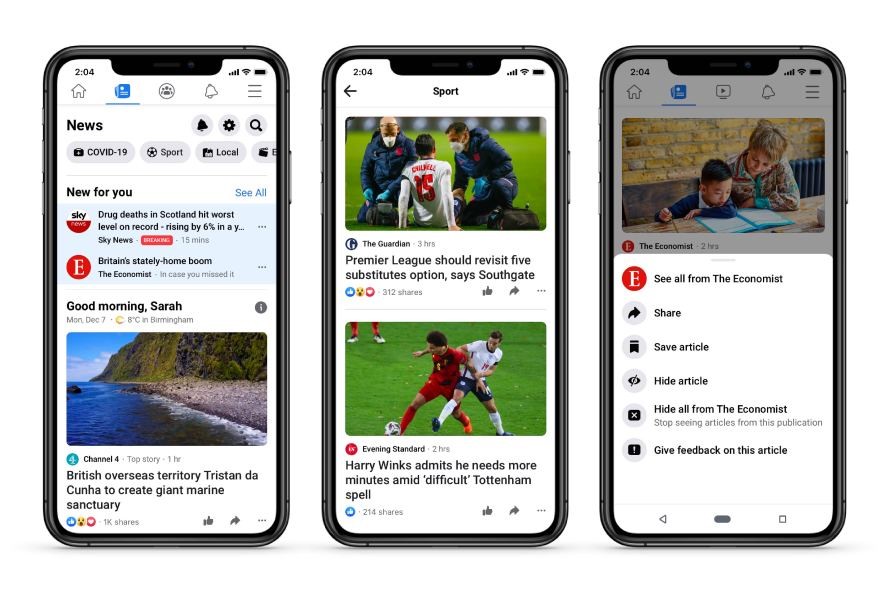 Clicks will either take readers through to a publication’s own website, where publishers can serve their own ads, or Facebook Instant Articles, which are articles published entirely within Facebook where publishers can either sell direct ads (and keep 100% of the revenue) or take a revenue share from Facebook’s Audience Network ads.

The launch has been broadly received positively, with some concerns from smaller publishers that they’ll be left out. Facebook’s Head of Global Affairs and Communications Sir Nick Clegg writes in The Telegraph that the move will “create more value for publishers, and in doing so, help to sustain great national and local journalism”. “Regulation is coming” was the prediction from Daily Mail Editor Emeritus Peter Wright speaking to the Lords Communications Committee about the future of the tech giants on Tuesday. He echoes calls for a more sustainable model for evidence-based journalism, if it is to prevail over “tech-fuelled misinformation”.

Meanwhile, Ofcom’s group director of broadcasting and online content writes in The Times this week that January’s events at the US Capitol should remind us of the value of a free and fair media, offering fair, accurate and impartial broadcast news; accountable and open online platforms; a plurality of news providers; and freedom of expression.

Magazine publisher Archant has furloughed staff on its regional magazines across the country for the next month to help ease the impact of the latest lockdown on its finances. The cost-saving measures at the local media group, which owns titles including Cotswold Life and Yorkshire Life, will mean publication of the March and April issues of all Archant’s monthly magazines will be slightly delayed. This comes as news that a consortium, including former BBC Director General and Chief Executive of the New York Times Company Mark Thompson and former Financial Times editor Lionel Barber, has bought pro-EU magazine The New European from Archant over the weekend.

In better news, DC Thomson Media is on the hunt for 20 new journalists to fill newly created jobs as it attempts to “future proof” the business past the pandemic. The Scottish publisher said it is looking to secure a “new and dynamic way forward” for its newspapers The Press and Journal, The Courier, Evening Telegraph and Evening Express.

And elsewhere, Boris Johnson is reportedly tipped to appoint former Daily Mail editor, Brexiteer and BBC-critic Paul Dacre as chair of Ofcom as part of his election promise to radically overhaul the BBC.

PODCAST OF THE WEEK

Daily Express editor-in-chief Gary Jones appeared on the BBC’s Media Show this week. The Labour-voting Remainer said he wants his paper to reflect multicultural Britain, including a “complete change of direction” since he took the role in 2018 at the tabloid, away from its reputation of “dodgy weather forecasts and an anti-immigrant stance”. 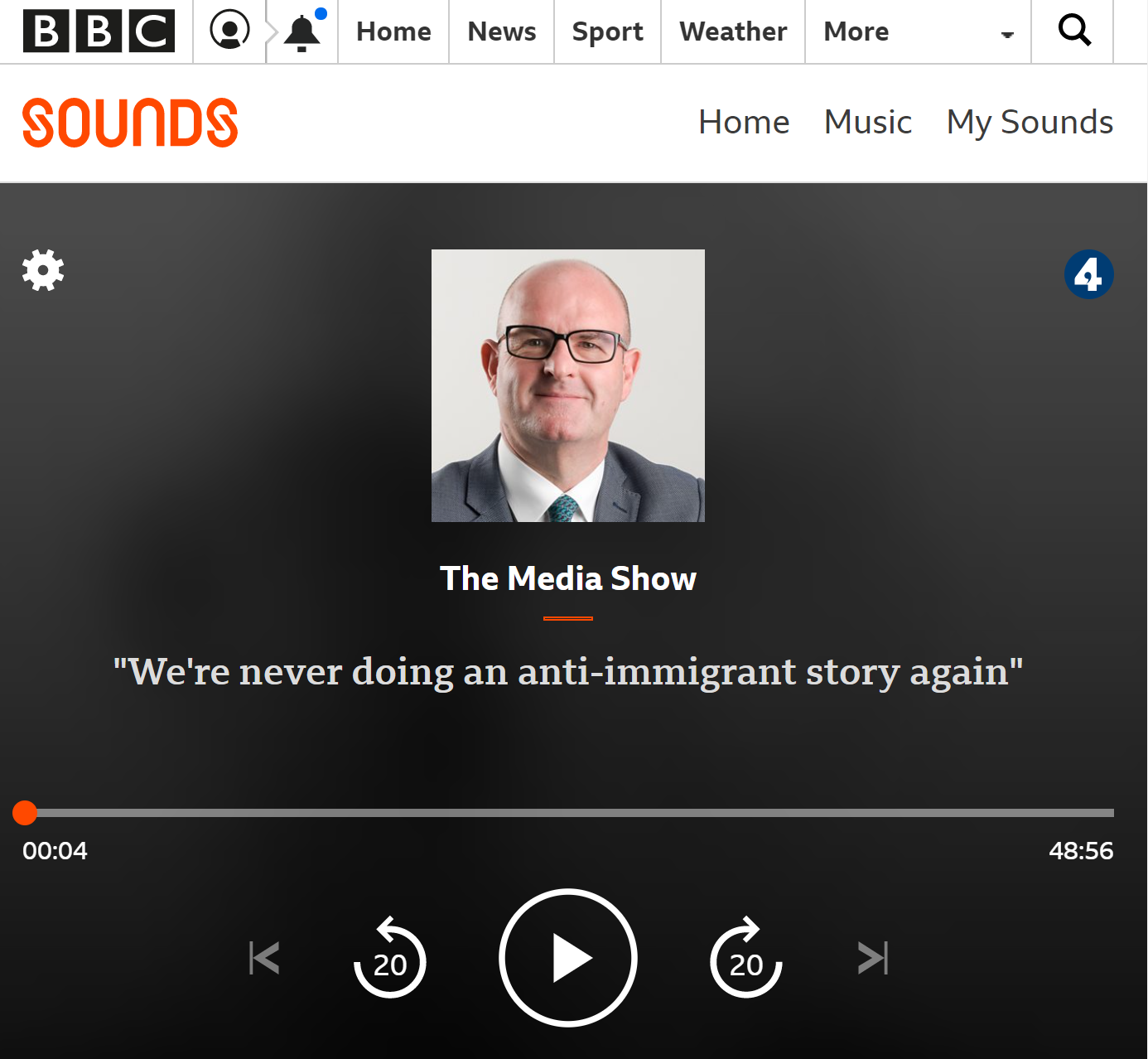 Dan Wootton will join the on-air team of Andrew Neil’s GB News when the channel launches, as well as the MailOnline as a Columnist later this year. He was previously an Executive Editor and Columnist at The Sun and a host on TalkRadio. Wootton commented: “I feel passionately about GB News’ bold vision to bring a fresh approach to television news and debate that embraces all voices and opinions across Britain.”

Shaun Wooller has been appointed as a Health Reporter at The Daily Mail.

Hayley Valentine has been appointed as the Editor at BBC Network Newsroom.

James Dean will be the next Chief Business Correspondent at The Times.

Maighna Nanu has joined The Daily Telegraph as a journalist.

Milena Veselinovic has joined Sky News as a News Reporter.

Vinjeru Mkandawire has been appointed the Global Property Correspondent at The Economist.

Rebecca Hutson has been appointed Head of Digital at GB News. She was previously Group Head of Video at Reach Plc.