Richard Sharp has this week been appointed the new BBC Board Chair for the next four years. He was formerly an investment banker and Chancellor Rishi Sunak’s boss at Goldman Sachs, as well as an economic adviser to Boris Johnson when he was London Mayor. Mr Sharp has reportedly acted as informal adviser since April to Mr Sunak during the pandemic, including helping to coordinate the £1.5 billion Cultural Recovery Fund and £500 million insurance deal to allow TV production to restart. Mr Sharp is likely to lead negotiations on the future of the BBC licence fee, with the broadcaster’s funding model under growing scrutiny. BBC executives reportedly expressed relief at the appointment, interpreting the decision as evidence that Downing Street intended to pursue “a policy of reform rather than revolution” at the corporation, according to The Times.

Disney is to begin broadcasting Star, a new entertainment brand for adults, to international markets, including the UK, in a bid to attract more viewers to its Disney+ streaming service as families continue to spend weekends at home watching TV during lockdown. The Star channel is debuting on Disney’s streaming platform on Tuesday with both new original content and old classics, pushing up the monthly cost of the service from £5.99 to £7.99. Star will offer content that is updated weekly from Disney Television Studios, 20th Century Studios, and Touchstone, among others, as wel as over 35 first-run series set to premiere by the end of 2021, and 50 local originals every year by 2024. Disney+ has enjoyed impressive take-up with 95 million subscribers globally since it first launched in the US last March, competing with Netflix’s 200 million subscribers. It wants to hit 300 million to 350 million total streaming subscriptions by 2024. Disney+ drew the largest proportion of new UK streaming subscribers in 2020 with 38%, while Amazon’s Prime Video had 25% and Netflix 19%.

Media advertising could be set to enjoy a “bounce back” in 2021, with the deflation seen throughout 2020 expected to ease, according to a new Media Inflation Report published this week. The report claims we can expect to see media advertising inflation levels at 3% globally, with a similar level of 3.4% in the UK. Despite advertising restrictions remaining in place, TV, out-of-home advertising such as billboards, and radio are all forecast torecover sharply, to well above their 2019 positions. The relative price rises for these offline media channels are expected to overtake digital channels, such as online display (2%) and video (3%). However for magazines and newspapers the picture is less optimistic, being predicted to follow the global trend and remain deflationary at 2%, as news stands in normally bustling city centres staying closed. The report outlines how the UK was one of the “hardest hit” markets by COVID-19, suffering a large reduction in advertising investment.

Over the next five years, the report predicts that radio will see the biggest rise in inflation (up 8%), followed by TV (7%), and out-of-home advertising such as billboards (5%).

The Financial Times has launched Climate Capital, a new digital hub for new environmental and sustainability content. In addition to being a home for new articles about climate change, the hub aims to provide a “community and virtual events programme” for subscribers, including information on emerging risks and opportunities for businesses working within the sector. The hub will be led by FT journalist Leslie Hook, Climate Editor Emiliya Mychasuk and Climate Reporter Camilla Hodgson.

Alice Wood, Director and Head of Responsible Business at Lexington, comments on the news:

“With investors demanding more transparency on climate risk from companies, TCFD regulation coming into force and an expectation for all business to step up and join the race for zero before COP26 in November, it’s exciting to see the launch of the new Climate Capital hub. Now is the time for FT readers to learn more and get involved in the climate conversation.” 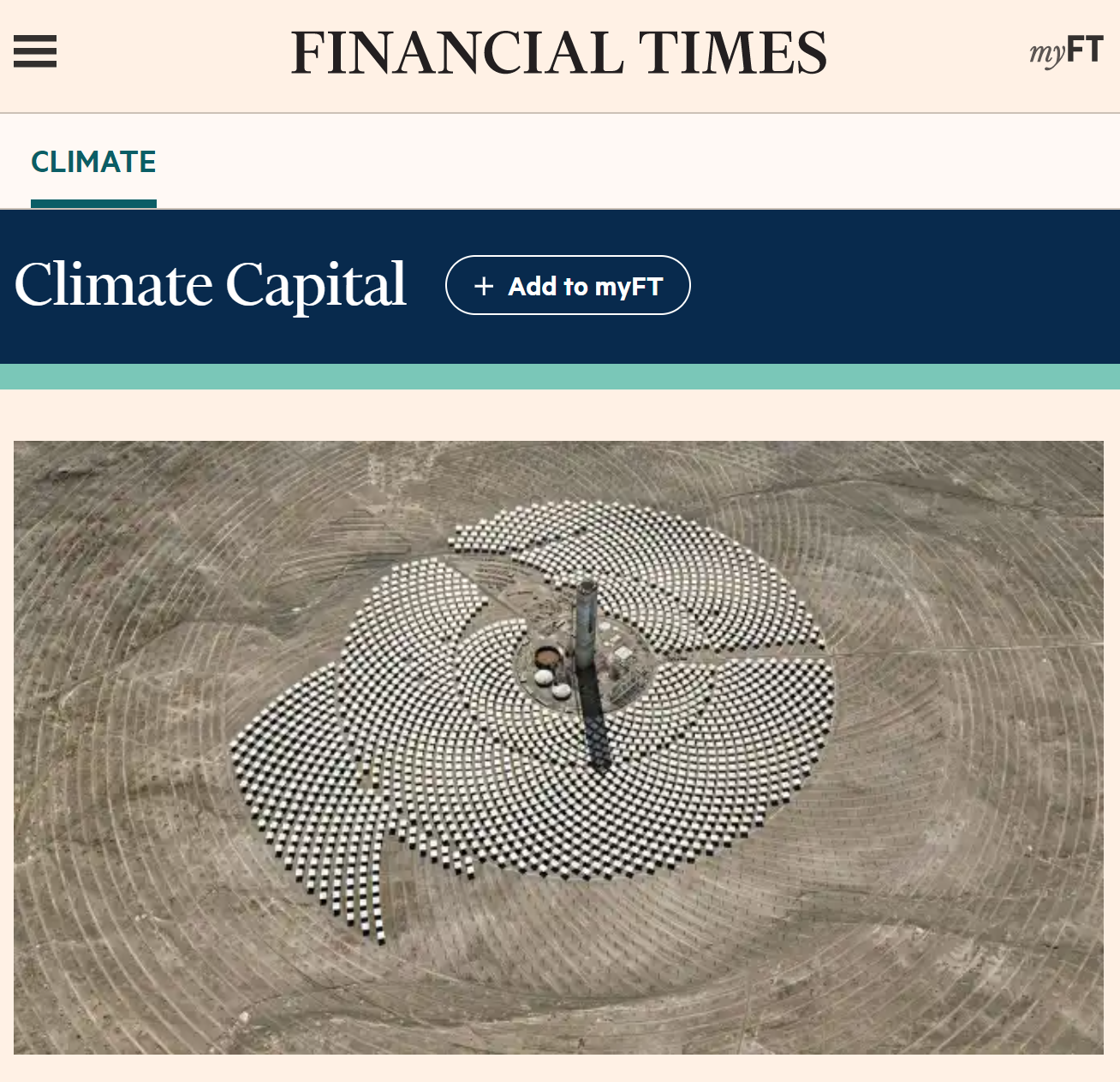 Harriet Line is joining The Daily Mail as Chief Political Correspondent, she is currently Deputy Political Editor at PA Media.

The Daily Telegraph has appointed Ben Riley-Smith as Political Editor.

The Financial Times has appointed Ruchir Sharma as Contributing Editor and Columnist, focusing on global economics and writing a new fortnightly column every Monday for the title.