Twitter has launched a new feature worldwide called ‘fleets’ – tweets that disappear after 24 hours, similar to the stories feature on Snapchat and Instagram. Twitter has previously tested the feature in Brazil, Italy, India, and South Korea. Because they disappear from view after a day, the platform claims they have been designed to help people “feel more comfortable sharing personal and casual thoughts, opinions, and feelings”.

But, some users experimenting with the tool said it has created worrying opportunities for online harassment by allowing unwanted direct messages. It also allows fleet authors to tag people who have previously blocked them. Elsewhere, Twitter has also confirmed it is working on a live audio feature, called Spaces, which would allow users to talk in public group conversations.

This comes as the chief executive officers of both Twitter and Facebook testified in the US senate on Tuesday about allegations of anti-conservative bias on their platforms. Twitter and other social media companies are under increasing pressure in the US and around the world to better police online abuse and misinformation.

Online news publication Buzzfeed has agreed a deal to buy HuffPost – formerly known as Huffington Post – from Verizon Media.The deal, announced on Thursday afternoon, is part of a wider “strategic partnership” agreed between Buzzfeed and Verizon Media. The collaboration will lead to Verizon Media, a division of Verizon Communications that also owns Yahoo, becoming a minority shareholder in Buzzfeed. The companies assured readers that Buzzfeed News and HuffPost will remain “separate, distinct” news organisations. The media market predicts that “shrinkage seems inevitable”, but hopefully at a far slower pace and with a more optimistic outlook than if they had remained separate entities.

Like many other digital news businesses, HuffPost has suffered a difficult year as a result of the COVID-19 crisis, which has pummelled the advertising market. Buzzfeed has also struggled and was forced to close its dedicated news operations in the UK and Australia in May this year. With both publishers barely turning a profit, centralized content hubs and shared procurement operations from the merger should help.

In other US news, Trump is urging his supporters to turn to One America News Network as his romance with Fox News continues to sour post-election.

Publishers are facing a post-COVID “gritty claw-back” rather than a “buoyant bounce-back” in turnover in 2021, according to the newly published global Media Futures 2020 report. The picture looks “slightly better” than many feared earlier this year, but 2021 turnover is still not expected to return to 2019 levels. The annual report produced by Wessenden Marketing found that in contrast to turnover, profitability has stayed “relatively robust”. Job cuts look likely to continue over the next 12 months, with 37% of bosses expecting a reduction in total staff numbers compared with 16% predicting an increase.

The industry continues to be “heavily dependent” on advertising revenue, which accounts for 60% share of total sales among the benchmark companies but the report notes a “significant acceleration” in ad revenue declines – with a 4% forecast drop in last year’s survey increasing to 6% this year. However digital revenues were said to be “growing quickly” – up 11% in the next two years compared to a 7% forecast shift in the 2019 report – in terms of their share of total company revenues. 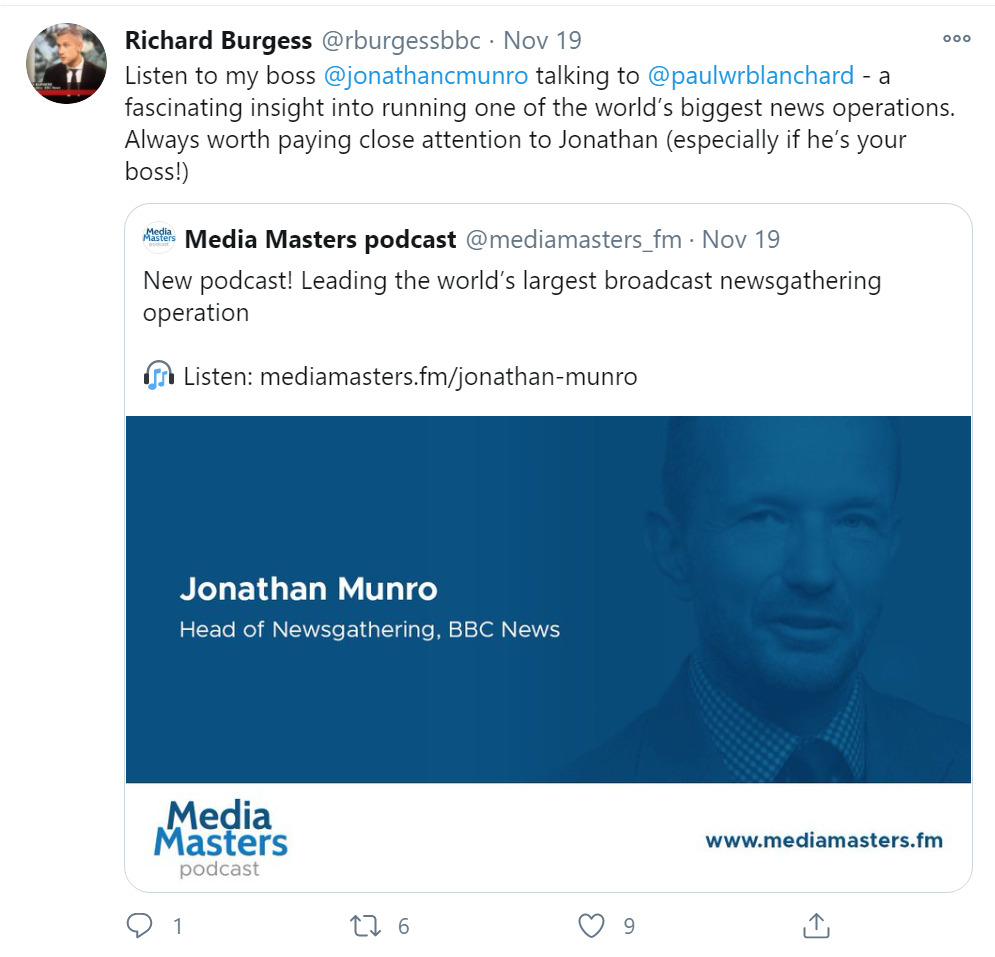 Larisa Brown has been appointed Defence Editor at The Times and will be covering diplomacy and security for The Sunday Times.

Matt Dathan has been appointed Home Affairs Editor at The Times.

Simon Murphy has been appointed Social Affairs Editor at The Times.

Ellena Cruse is joining the team at MyLondon as a Reporter.

Steven Perlberg, based in Berlin, has been appointed Media Correspondent for Business Insider, covering both the UK and US media. 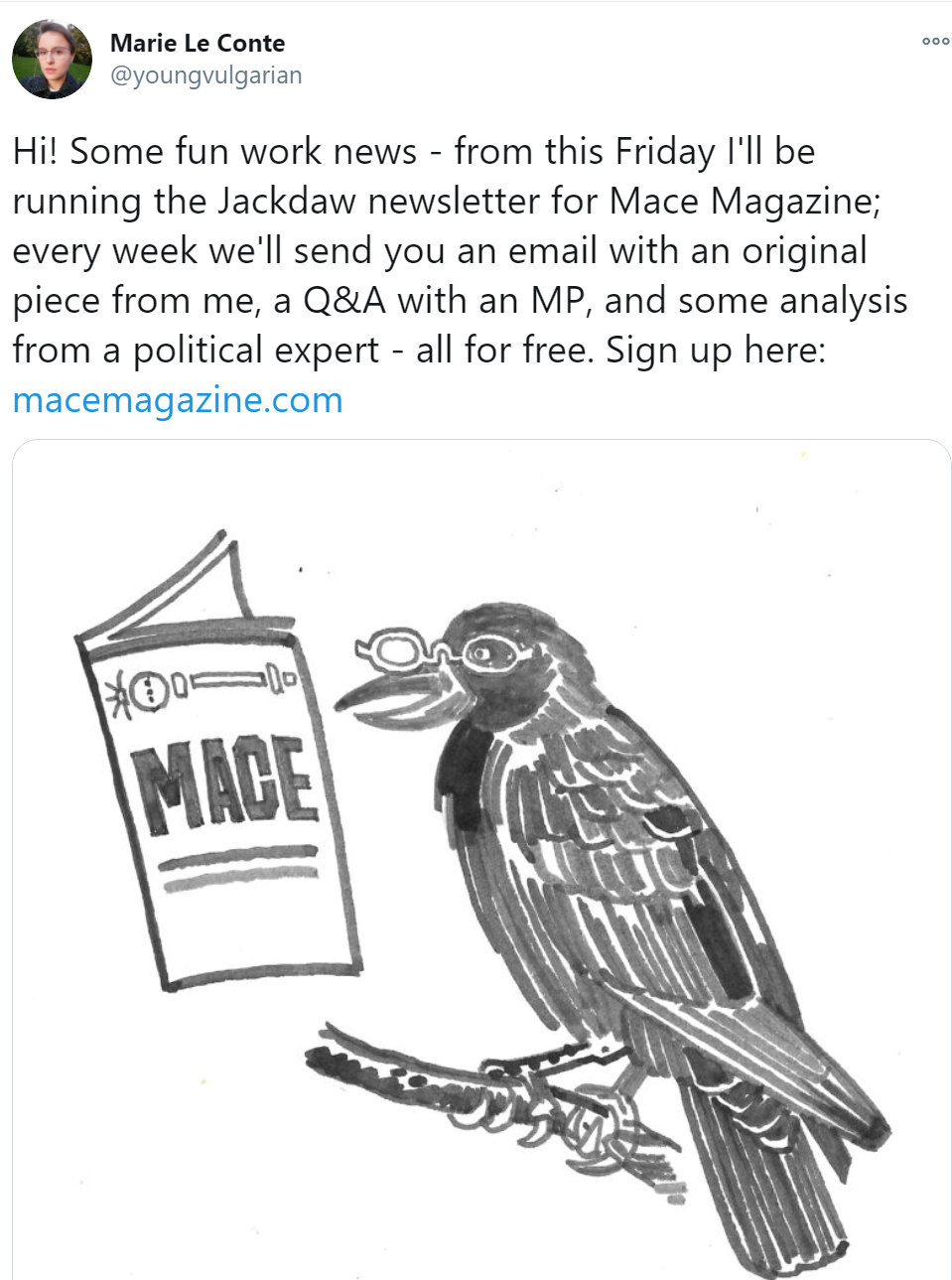