Out with the cookies and in with the Sandbox?

Cookies might soon be a thing of the past as Google is reportedly taking steps to remove them from the way it works online. The new cookie-less web is being described as a “total restructuring of the internet”, which will affect online publishers by ending digital advertising as we know it. Google Privacy Sandbox marks the shift from “tracking by default” to “privacy by default” online, and is being billed as a new initiative aiming to provide “a secure environment for personalisation, that also protects user privacy”. It comes after increasing concerns over online safety as our lives become ever more digital, accelerated by the current pandemic. The Government’s new Online Safety Bill is just one of a number of recent legislative moves aimed at increasing protection for us online.

Morale is said to be low at the Financial Times as it emerged the title is planning to welcome its staff back for the new year by cutting up to 64 jobs. Hits to advertising revenue and events income mean the FT Group is expected to make a loss in 2020, compared with an operating profit of £28m in 2019. The paper is proposing to make 64 redundancies out of a global workforce of 2,300 (700 of whom are journalists), of which 19 jobs are understood to be under threat at FT Chinese. In a statement, management at the Financial Times said it would focus on moving the business from an advertising-based model to a subscriptions-based model in 2021, with additional income from virtual events.

Across the pond, The Washington Post appears to be faring better, as the paper is creating breaking-news hubs in London and Seoul as part of a new global expansion programme. For any recently unemployed FT staff this could be good news, as the media group is recruiting for 19 jobs across the two cities as it seeks to “operate energetically and rapidly 24 hours a day and seven days a week”. The Post is also opening offices in Sydney and Bogota, and hiring for new positions in the US. When all current positions are filled, the Post’s newsroom will be bigger than ever before, with 1010 employees. In addition to its international growth, the paper plans to expand its coverage of personal technology by adding eight reporters and editors to its technology team that is currently made up of 19 journalists.

The Independent has launched a dedicated online channel for its video output as it revealed revenue was up 23% year on year in the final quarter of 2020. It has recruited one additional staffer for Independent TV, but more hires are expected in 2021.

Video is a key part of the title’s strategy to increase its volume of “known” readers – those who have already registered to receive newsletters and other services. Readers who share their data are easier to monetise than anonymous ones, according to the outlet. The title now claims 95m video views per month on its website alone. 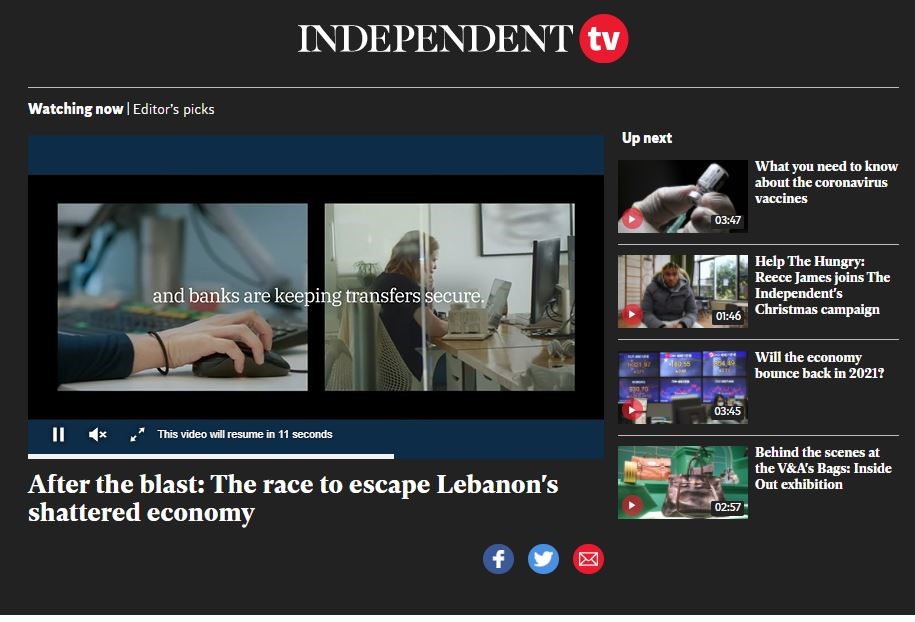 Paul Brand has been appointed UK Editor for ITV News. He is currently UK Political Correspondent for the broadcaster.

The BBC has promoted Adam Fleming to be Chief Political Correspondent.

James Heale will be joining The Spectator as Diary Editor this month, he is currently a Reporter on the Mail on Sunday.

Rachel Cunliffe has left City A.M. where she was Comment and Features Editor. She starts today at The New Statesman as Deputy Online Editor.

Anna Pujol-Mazzini has joined The Daily Telegraph as a reporter based in Paris. She will cover France, Africa, COVID-19 and climate change for the paper.

Lucy Alderson is now Digital Consumer Reporter at The Sun.

Aamna Mohdin has been appointed Community Affairs Correspondent at The Guardian, reporting on the social, cultural, and political reality of ethnic minorities.