Public opinion: drop in number who think COVID-19 is most important issue

22% of people in the UK said they always or often actively avoid the news. The figure rose sharply in April and May but has remained steady into July. What’s more, the proportion of people that say COVID-19 is the single most important issue facing the UK today has fallen from 72% at the end of April, to 51% in mid-July.

That’s according to the Reuters Institute for the Study of Journalism at the University of Oxford, which published results to its research exploring whether people are avoiding news during the pandemic. The figures below are based on research carried out between 16 July and 22 July.

The study found that: 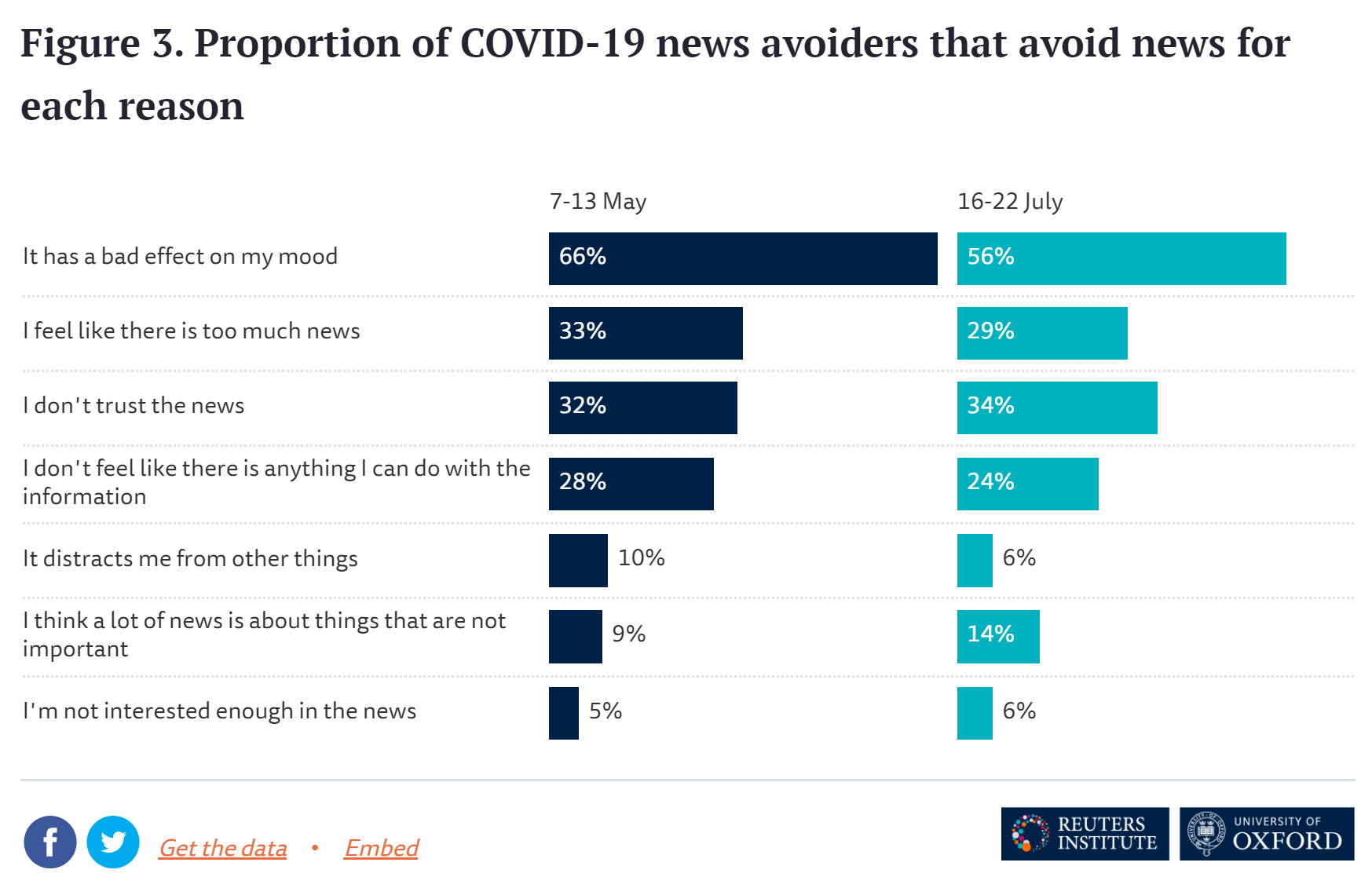 This is the eighth factsheet of the UK COVID-19 news and information project.

No hiding for Boris

Commons Speaker Sir Lindsay Hoyle has urged Boris Johnson not to “shy away” from parliamentary scrutiny with the introduction of televised daily policy briefings. Speaking to the BBC, Sir Lindsay said he had been “perplexed” by the Government’s decision to announce policies through the media rather than in the Commons, arguing that if MPs always learned of policy changes through the media, it would make it harder for them to do their jobs. He added that MPs were the “right people” to scrutinise ministers rather than the press. In recent months, Sir Lindsay has rebuked a number of ministers after details of policies appeared in the press before being unveiled in Parliament.

But it doesn’t seem like Sir Lindsay will be getting his way anytime soon. The daily coronavirus briefings – which took place for three months up until the end of June – attracted large TV audiences. Now No. 10 hopes a more permanent TV briefing arrangement might help the Government get its message across, while increasing engagement with the public. On Wednesday, Boris placed a job vacancy for a £100k-a-year spokesperson to front Downing Street’s new televised briefings, as well as report back to the Prime Minister and other Downing Street officials with media advice.

You can listen to Lexington’s senior counsel Paul Harrison on BBC Radio 4’s PM last week as he sheds light on the possible motivation behind the decision based on his time as Theresa May’s press secretary (skip to 48 minutes).

Who’s watching what on the tele?

Last week Ofcom published its public service broadcasting omnibus survey findings, in which almost 2000 people were asked about the media services they use, and the value they place on them.

The survey found that the BBC and Netflix were the media services most valued by people. Unsurprisingly, while older people valued the BBC more, younger adults were more likely to value Netflix.

Those who regarded the BBC the most highly did so because of its specific programmes, whilst Netflix was more highly regarded for the variety and choice it offers. 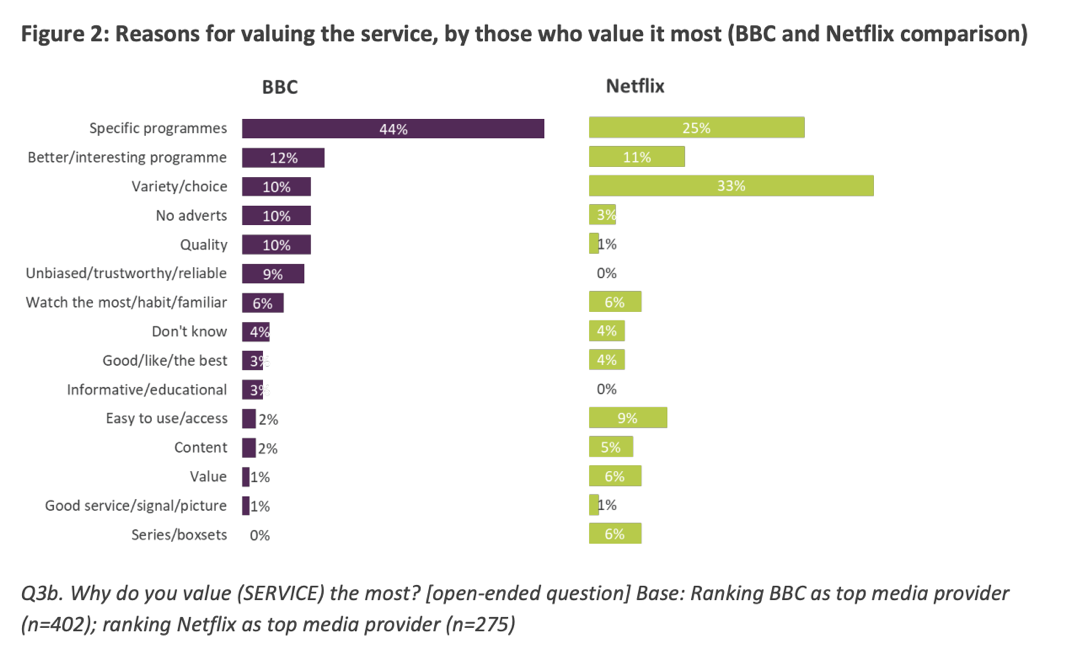 The survey also asked about how respondents valued public service broadcasting. Again, generational differences were apparent. Older participants were more likely to praise PSBs for helping them understand what goes on in the world today and for being a trusted and accurate source of news. Younger people placed a greater importance on PSBs reflecting the diversity of the UK and providing services available to everyone. 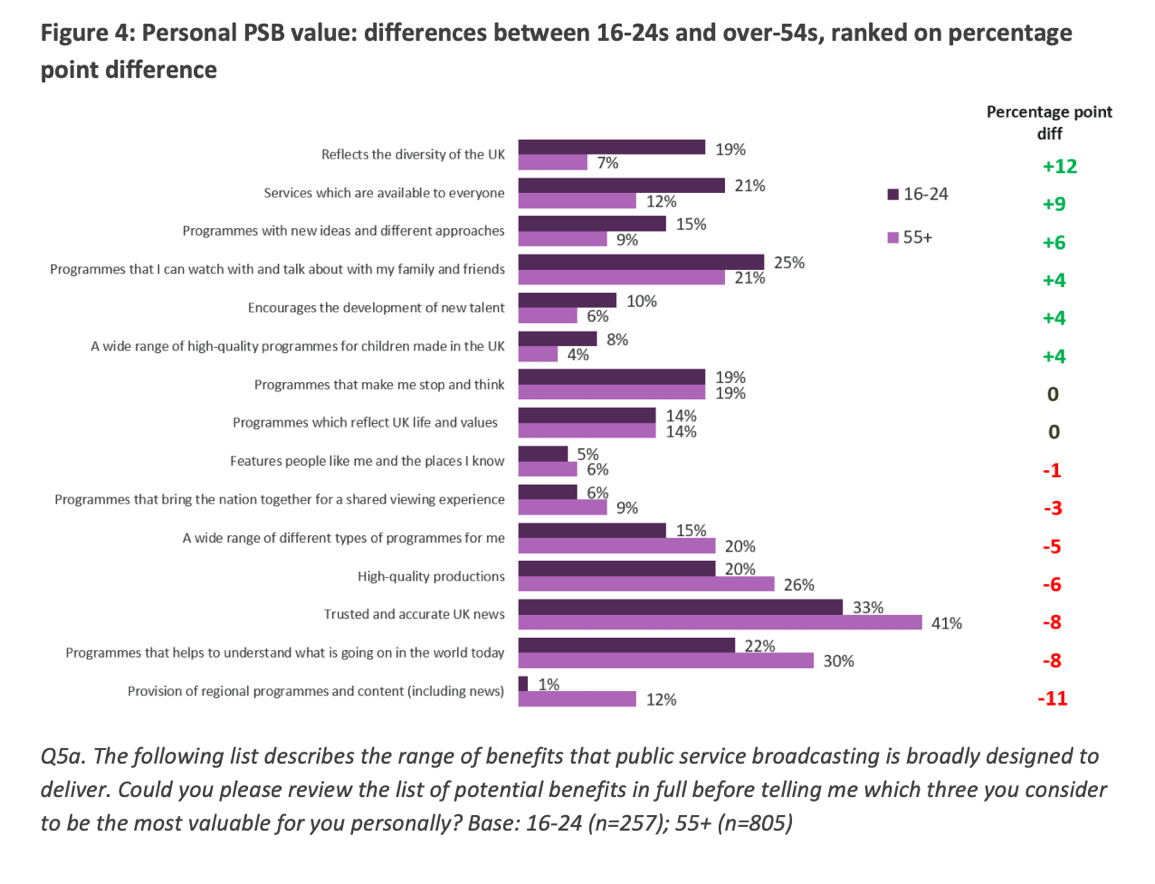 Alan White tweets that he been appointed Editor-in-Chief at PoliticsHome, joining the outlet this month. He was previously News Editor at BuzzFeed UK.

Some personal news: I’m starting as editor-in-chief of @politicshome and @thehouselive in a few weeks. Excited to work with a highly talented team building a platform for original political reporting at a time when it’s very much needed.

Norman Smith has left his role as Assistant Political Editor at the BBC.

Matt Rudd is now Deputy Editor at The Sunday Times Magazine, continuing his column ‘Man Trouble’ for the magazine.

Jonathan Shenfield has started a new role at Reuters as Head of Television for the UK and Ireland.

BBC News has appointed Stuart Millar as Digital News Editor. Stuart, who was previously editor of BuzzFeed, will be responsible for the editorial offer in news, live and social output.